Long-term care advocates in Michigan celebrated a landmark victory this past summer as the 2018 budget earmarked $45 million to support the wages of direct support workers. Since then, the amount of funding allocated for this initiative has been increased to approximately $63.9 million. With this funding, the frontline workers who provide critically needed behavioral health supports and services to Michigan residents will receive 50 cents more per hour in their paychecks.

Michigan was one of the first states to move services for individuals with developmental disabilities and mental health needs from state-run institutions to the community. According to the Michigan Department of Health and Human Services, 44,000 direct support workers now provide these behavioral health supports and services in the community. A 2016 survey found that the average starting wage is $8.69 per hour (increasing to only $9.62 per hour for experienced workers), and about half the workforce is part time. These figures capture a considerable wage disparity when compared to nursing assistants, who earn an average of $13.25 per hour in Michigan.

The state-mandated wage increase for these direct support workers is the result of three years of sustained effort by the Partnership for Fair Caregiver Wages. The founding members of the partnership were the Michigan Assisted Living Association (MALA), PHI, the Michigan Association of Community Mental Health Boards (MACMHB), and The Arc Michigan. Numerous other individuals and organizations contributed to the advocacy effort over time. Although the partnership has been discontinued, their collective advocacy continues.

I spoke to Robert Stein, General Counsel of the Michigan Assisted Living Association, about how this victory was achieved and what happens next.

Kezia Scales: So first tell us: why does a 50-cent wage increase matter?

Robert Stein: Well, we know from the experience of local providers and employers that even a modest increase in wages—and let’s face it, fifty cents an hour is very modest—can encourage workers to stay in their jobs, even if it doesn’t necessarily help us recruit new workers. In the bigger picture, a wage increase reinforces the value of what direct support workers do every day. It sends the message that their work is important and that they deserve better compensation.

KS: Fill us in on the background. Where did this advocacy campaign start?

RS: Throughout my four decades of work with the Michigan Assisted Living Association, the need for better frontline jobs and better wages has been our highest priority. We see the problems of recruitment and retention as a staffing crisis—and one which is worsening every year. But it has been more than 20 years since we’ve seen a substantial, state-funded, mandated increase in wages for this workforce. About three years ago, we formed a coalition—the Partnership for Fair Caregiver Wages—with PHI and a few other groups to take on renewed efforts to address this issue.

KS: And what did it take to achieve success?

RS: Our starting point was to gather extensive data on wages, staff turnover, and so on, to show the urgency of this issue. We also met with key decision-makers across state government. The first milestone was the creation—through the Michigan Department of Health and Human Services—of a formal workgroup to look at these issues. The workgroup’s report, which recommended that direct support staff earn a starting wage of at least $2 per hour above the state minimum wage, was really helpful in making our case. The next milestone, of course, was when the $45 million wage pass-through was included in the Governor’s budget that was submitted to the state legislature back in February, then signed into law in July.

KS: What did you learn in the process? Any advice for advocates in other states?

RS: I’d say there were three elements to our success. The first was starting with a broad-based coalition. Because our members represented workers, providers, and individuals with disabilites, this increased the credibility of our advocacy efforts. The second was evidence. Because we had conducted several surveys, we went into this campaign with strong data about the scope of the problem and the need for concrete solutions. And the third was persistence. We’ve worked steadily and persistently, and we’re not there yet—but there is good indication that we may see another 50-cent wage increase in FY2019.

KS: What is the next big challenge for direct care in Michigan?

RS: Through education and advocacy, we have made progress in creating much better recognition at the state level about the value of the work undertaken by direct support staff and about the need for substantially higher wages. But we still face a major staffing crisis, and so we need to sustain our advocacy efforts, especially now as planning for the next budget year gets underway—and especially as we face an unknown future with Medicaid funding overall. And this challenge is not unique to Michigan—it’s nationwide.

Founded in 1967, Michigan Assisted Living Association (MALA) is a leader in advocacy, education, and resources for providers of residential, assisted living, vocational and other community-based services. https://www.miassistedliving.org/. 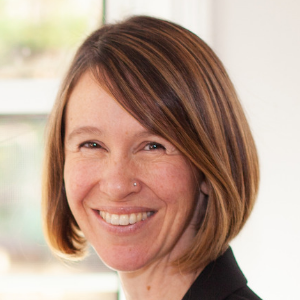 Vice President of Research & Evaluation
Kezia Scales leads PHI’s strategy for building the evidence base on state and national policies and workforce interventions that improve direct care jobs, elevate this essential workforce, and strengthen care processes and outcomes.
Share This